The County Manager is the chief administrator of county government and is responsible to the Board of Commissioners for administering all departments under the Board's general control. The County Manager prepares and administers the county's budget and reports to the Board on the affairs of the county, particularly as they apply to the county's current and future fiscal conditions. The Manager is also responsible for ensuring that all orders, ordinances, resolutions, and regulations of the Board are faithfully executed. 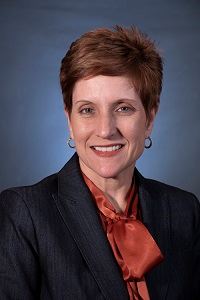 Kim Eagle joined Gaston County in August of 2019. Prior to becoming County Manager, Kim served as an Assistant City Manager for the City of Charlotte. In Charlotte, she was responsible for operational initiatives and functional areas including Water/Sewer, Solid Waste, Transportation and Engineering. She was also responsible for supporting the Council’s Environment Committee, Transportation Committee and Public Safety Committee. Kim served as Charlotte’s designated point person to the cross-sector, collaborative effort to align and coordinate services for victims of domestic violence and serves on the Family Justice Center Steering Committee.

Prior to being appointed Assistant City Manager, Kim served as the City’s Director of the Office of Strategy & Budget and Senior Operations Advisor. She was responsible for the development and oversight of the City’s annual operating budget and five-year community investment plan.

As the Deputy Director of Charlotte Water, Kim managed and coordinated the business support and administrative side of the water/sewer operation. Leading up to this position, Dr. Eagle worked for eight years in the City of Charlotte Budget and Evaluation Department as the Evaluation Manager where she managed the City’s strategic planning efforts including the Balanced Scorecard.

She also served for eight years in several roles within Charlotte Water, including Assistant Business Manager. Kim joined the City of Charlotte in 1995. 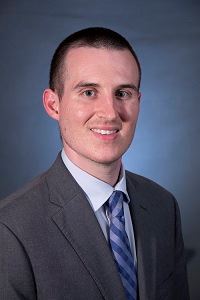 Matthew "Matt" Rhoten joined Gaston County Government in 2014 as an intern and has worked his way up through the ranks, from Budget Analyst to Budget Director to Financial and Management Services Director to Assistant County Manager to now Deputy County Manager. He also serves as an adjunct professor at UNC Charlotte's MPA Program.

Originally from Tennessee, Matt received his B.S. in Political Science from East Tennessee State University and his MPA from UNC Charlotte. He also has an M.S. in Community and Economic Development from the University of Central Arkansas and is a Municipal and County Administration Course Graduate from The School of Government at the University of North Carolina at Chapel Hill.

Matt currently lives in Gaston County with his wife, Lacey, and their two children, Mia and Reid. 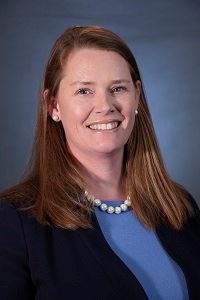 Karen Whichard joined Gaston County in June 2021, after working for two years as Assistant Town Manager for the Town of Davidson.

While with the Town of Davidson, Karen managed a department portfolio that included public works, parks and recreation, economic development, human resources, and finance.

Prior to joining the Town of Davidson in 2019, Karen spent eight years with the City of Charlotte working in three different departments - Charlotte Water, Strategy and Budget, and the City Manager's Office. Her work included budget development and management, racial equity, crisis communications, media relations, process improvement, and intergovernmental affairs. Before joining the City of Charlotte in 2011, she served as the Communications Director for the City of Kannapolis, where she was a key member of the city and community team that managed the redevelopment of the core city from textiles to the NC Research Campus.

Karen holds a degree in Journalism and Mass Communication from the University of North Carolina at Chapel Hill and a Masters of Public Administration from UNC Charlotte. She is married with three children. 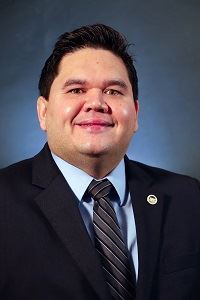 Vincent joined Gaston County in October 2021 with over fourteen years of service in State and Local government. He most recently served as the Director of Community Services for the City of Gastonia. In that position he managed, Gastonia Sister Cities, Keep Gastonia Beautiful, HUD Community Development Block Grant (CDBG) and HOME programs, Transit Operations, Airport Operations, and the newly created Neighborhood Program for the City.

In 2019, Vincent was selected as Gaston County's Department of Health and Human Services Hero Award and named to the Inaugural Gaston County Top 10 Under 40 list.

Vincent graduated from Brevard College, NC in 2005 and received his Master of Public Administration degree from West Virginia University in 2007. Following graduation, he was selected as a Public Management Institute (PMI) fellow with the New York State Government in conjunction with the Rockefeller Institute of Government. After leaving that position in 2008 he came back to North Carolina to get involved in local government. He has served as a Transportation Planner, Customer Service Manager, and Senior Budget Analyst during his career with the City of Gastonia. Vincent has also completed the UNC School of Government's Municipal Administration Course, UNC's Leading for Results Course, Third Sector Leadership program, Leadership Gaston, and Civic Engagement Leadership programs. 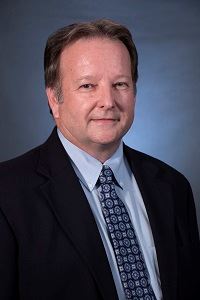 Ray Maxwell joined Gaston County Government as Assistant Public Works Director in 1996 after working for a private engineering design firm in Charlotte. He later transitioned to Public Works Director and currently serves as Infrastructure and Asset Manager in the County Manager's Office. The Infrastructure and Asset Manager is a member of the County Executive Leadership Team and participates in long-range planning for County physical assets and initiatives, and oversight of capital projects.

Ray holds both a Bachelor of Science in Civil Engineering (BSCE) and Master of Science in Civil Engineering (MSCE) degrees from The University of North Carolina at Charlotte and is a licensed professional engineer in North Carolina. Ray has had the privilege of serving on numerous boards and committees for the community, state, and religious organizations. He is married with three children and in his spare time, enjoys spending time with family, traveling, woodworking, and raising honeybees. 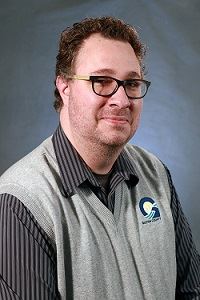 Adam Gaub came to Gaston County in early 2020, just before the start of the COVID-19 pandemic. He was hired as the Public Information Officer and now directs the Communications Office, managing internal and external communications for the county.

He spent nearly 14 years in print, digital, and broadcast media, including working as an executive producer and investigative reporter at WCTI in New Bern and as a producer at WSOC in Charlotte.

He started and co-hosts the County's weekly podcast, Savvy Citizen, as well as its video series, Eye on Gaston. Adam was named as one of Gaston County's Employees of the Year for 2020.

He is an Arizona native and a graduate of the University of Arizona's School of Journalism. He is attending UNC Charlotte to earn his Master's degree in Public Administration.

Adam is married and has one daughter. 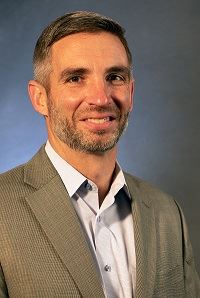 Justin is a native North Carolinian, originally from Summerfield (just outside of Greensboro), North Carolina. Justin earned a Bachelor of Arts in Political Science and a Master of Public Administration from the University of North Carolina at Chapel Hill. He has served on the Board of the North Carolina Local Government Budget Association and is a Past-President of the organization. Justin has worked for the County since 2020. Previously, Justin has served in a variety of public service and budget-related roles for the City of Charlotte and Orange County, North Carolina.

His family has lived in Gaston County for twelve years. Justin's wife Misty works for Caromont Health; they have a nine-year-old daughter, Natalie, who attends Belmont Central as a third-grader, and a twelve-year-old dog named Charlie. He's an active runner, Tar Heel, and overall prefers to be outdoors enjoying time with family and friends.