The GEMS Tactical Medic Team was formed to provide Advanced Life Support (ALS) in the "hot zone." This area is the inner perimeter of a hostile environment where conventional ALS providers who are not properly trained or equipped cannot and should not enter. All the members are current paramedics trained at a certified tactical medic program. The team trains and works with the Gaston County police department's Emergency Response Team (ERT) as well as the City of Gastonia police department's Special Weapons and Tactics (SWAT) team. The close working relationship between these two teams has developed a trust between the medics and police officers that is essential to the functioning of the team. The ALS provider is placed with or closes to law enforcement officers during high-risk operations. Tactical medicine is rapid, on-site medical care to injured tactical team members, bystanders, and suspects, treating them until they can be transported to definitive medical care or until the operation is complete. 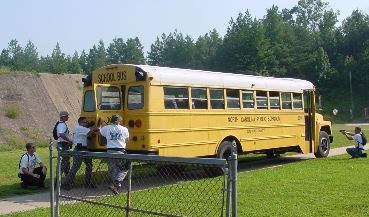 The role of the tactical medic is supported. Every member has trained and qualified to handle and render safe all of the team's weapons, but none carries a weapon. The medics provide general medical support for the team throughout each mission. Environment, as well as any kind of minor illness or injury, can diminish an officer's effectiveness. The tactical medic is the team's "medical conscience." Along with treating an officer's minor illness and giving medical advice, tactical medics need to keep in close contact with the tactical commander during extended operations to advise on rest/work cycles, hydration, food, and nutrition, as well as environmental issues.

The GEMS Tactical Medic Team was an idea formed by a supervisor and a paramedic in 1986. The idea did not come to fruition until December 2000 when the first group of paramedics was sent to Counter Narcotics Tactical Operations Medical Support (CONTOMS) for training. As tactical medicine became more mainstream, certified training programs became more prevalent. The next group selected was sent to Guilford Technical Community College for their six-week intensive training. Now, whenever there are vacancies on the team, potential members are sent to Gaston College, where they receive training from current members of the GEMS Tactical Medic team as well as the City of Gastonia SWAT team.

Each member of the GEMS Tactical Medic team is a full-time paramedic that works regular shifts as well as serves on the team. The team is strictly voluntary; the members are compensated with their regular salary. Each team member is hand-picked by a panel consisting of current tactical medics, SWAT team members, and GEMS management. There is an interview session as well as a rigorous physical agility test. The Tactical Medic candidates will not be considered unless they are already proficient in their EMS skills and 100% dedicated to the team.

Each of the Tactical Medic training programs teaches subjects such as Medicine Across the Barricade, Hostage Survival, Tactical Entry/Movement, K9 Emergency Care, Weapons Familiarization and Qualification, Explosive Entry, Environmental Emergencies, Emergency Dentistry, and Bullet Wounds and Ballistics to name just a few. When the Tactical Medic completes the course and becomes certified, he/she will be familiar with most if not all the tactics a SWAT team uses and be able to handle himself safely and professionally in the hot zone.

The team trains every month with the City of Gastonia SWAT team during its monthly training day. This serves a dual purpose - not only does the SWAT team become familiar with the medics and learn to trust them, but the medics are already there if there is a training accident. Once a quarter the tactical medic team trains on its own, practicing medical skills in extreme situations and other various exercises to maintain the edge.